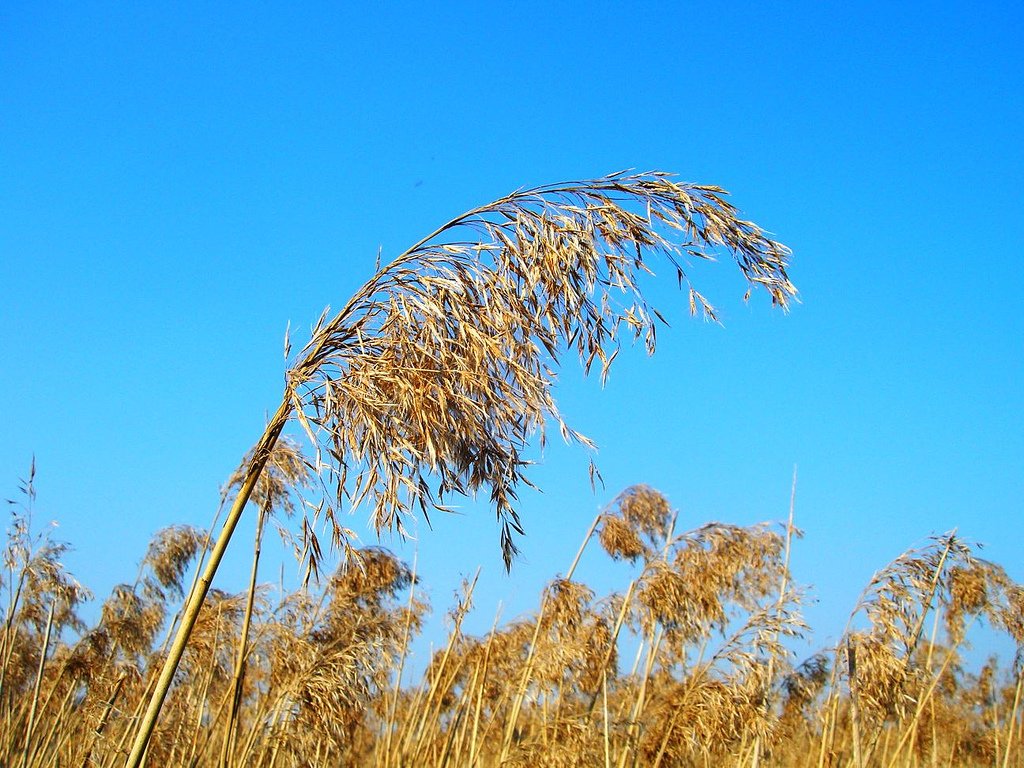 Other Common Names: None.

Impacts:
Agricultural: Too coarse for grazing. Potential to invade moist soils and around ponds and waterholes.
Ecological: Forms tall, dense stands from a network of rhizomes. Can produce large accumulations of leaf litter, and shading from tall plants inhibits growth by native species of wetlands and shore.
Human: Tall plants can block shoreline views and restrict recreational access to water.

Status and Distribution: The invasive form has been found in Interior BC but not known in CIPC area.

Management Strategy: Very difficult to eradicate once established; immediate action on new populations is required. Digging is usually ineffective because the rhizomes are so extensive. Cutting can control this species, but timing is critical to prevent stimulating the clones. Cutting in late July will reduce plant’s vigor and prevent seed formation. Cut shoots and flower heads must be burnt or removed to prevent re-sprouting or seed maturation; cutting must be repeated for several seasons. Flooding can kill common reed but may also injure native species. An integrated approach using application of glyphosate followed by cutting or burning can be effective. Common reed remains actively growing in fall when other species are dormant; herbicide application in fall will minimize effects on native species. Common reed does not appear to invade densely vegetated sites; avoid disturbing soil or immediately replant disturbed sites to prevent its colonization. No biological controls are available.