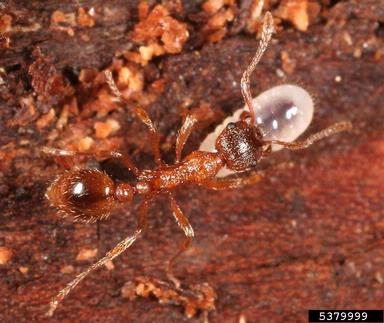 European Fire Ants have been found in select communities in central and southern Vancouver Island. An action plan is in place involving key partners in BC including provincial and local governments, Thomson Rivers University, the Invasive Species Council of BC and regional species committees.

This non-native, invasive species is an aggressive ant that swarms and has a painful sting.  Uncommon cases of stings have resulted in allergic reactions requiring medical attention.

European Fire Ants form dense colonies, such as in lawns, gardens and parks, compromising the use of those areas by humans and other animals.

To learn more about how to identify and report these biting ants consult the following resources: