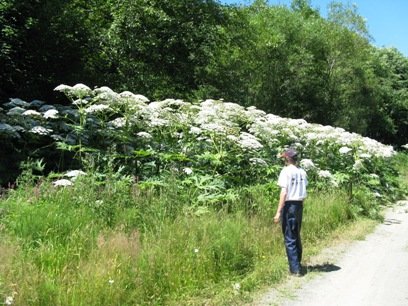 Both plants are from the same family and both can cause a skin reaction, however Cow Parsnip is a native plant which can cause minor skin irritation while invasive Giant Hogweed is much larger and more dangerous; with long-lasting, serious burns, even blindness from contact. CTV recently interviewed Rachelle McElroy, Executive Director of Coastal ISC – watch the CTV video here.  Another video put out by Metro Vancouver Invasive Species Council describes the difference between the two plants. 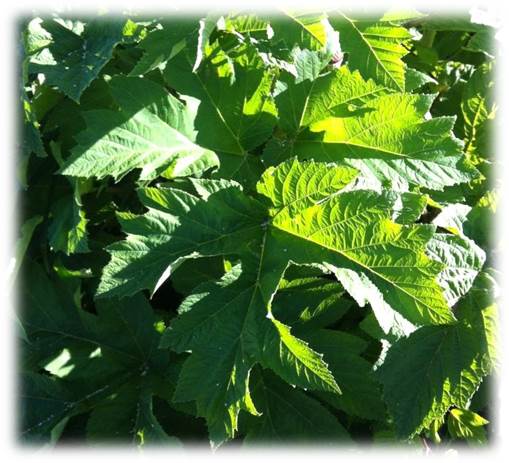 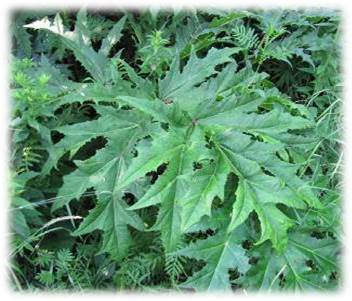 Meanwhile the Friends of French Creek have been battling Giant Hogweed in the Errington/ Combs area for years; working towards eradication.  This dedicated group of volunteers manually remove plants each year, though they often have to go back to old territory before making progress.  Read more about their efforts here 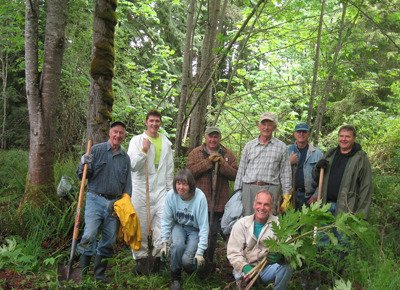 And in Courtenay, a resident wrote in to the local newspaper saying that Giant Hogweed sites have been spotted there.

You can report sightings of the plant to the Coastal ISC’s Hotline.  We recieve numerous reports every year from residents all over Vancouver Island, the Gulf Islands and the Sunshine Coast; who are looking to identify this dangerous plant and looking for assistance with control methods.  We are able to coordinate treatment when the plant is on crown lands, can provide advice for private land owners as well as do our best to notify land managers.  We also have lots of resources, including photos and video, on our Priority Plants page. 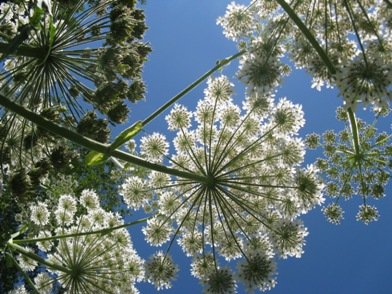