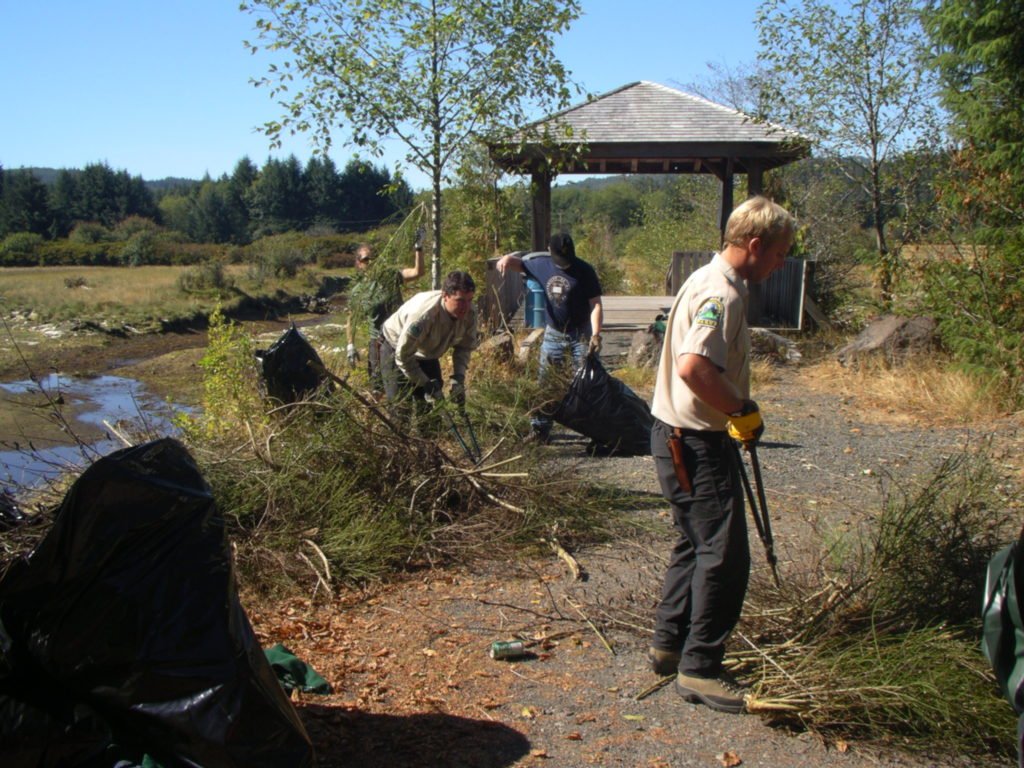 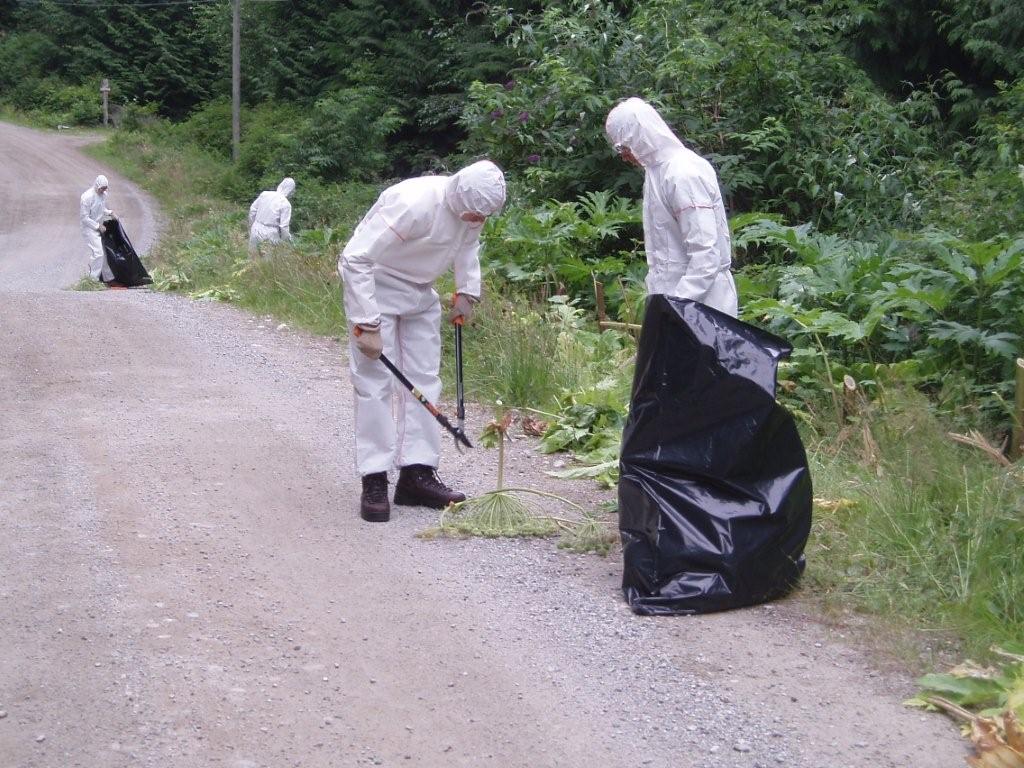 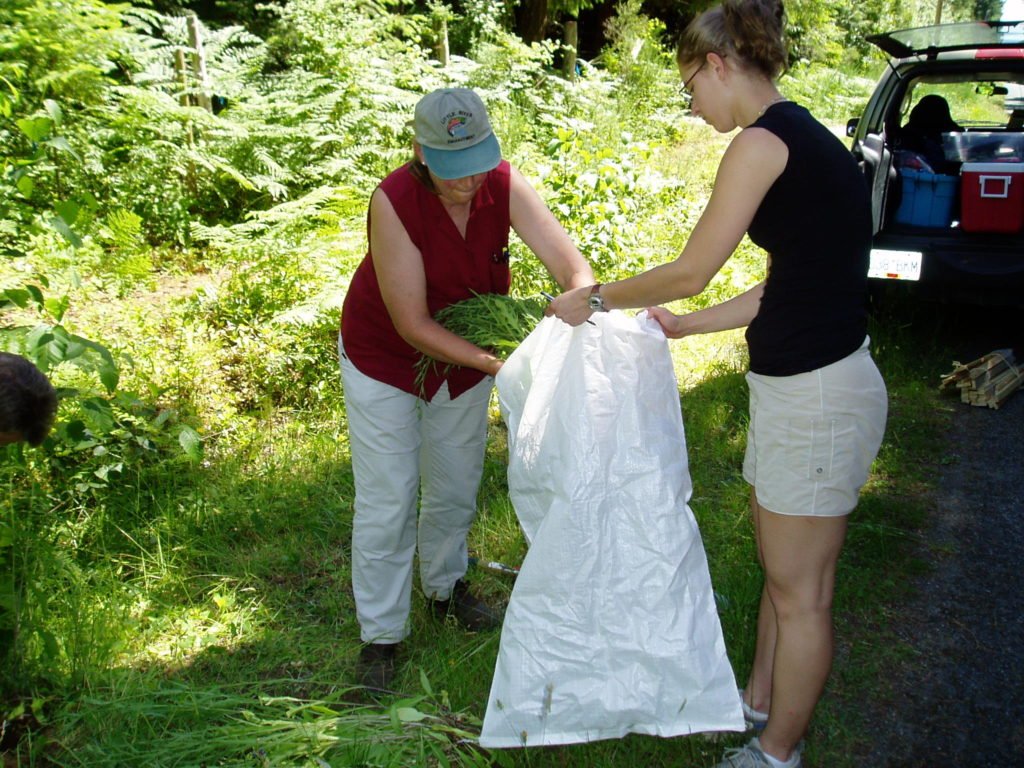 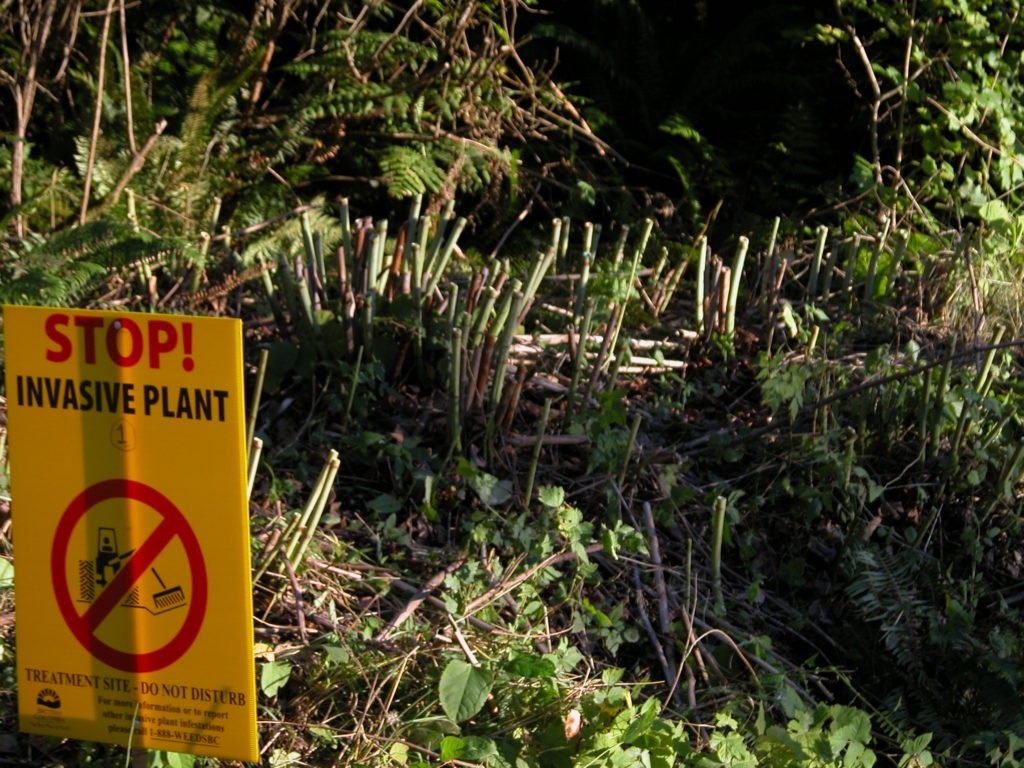 The Coastal ISC promotes Integrated Invasive Plant (IP) Management. Integrated IP management involves using a combination of appropriate control methods to reduce the weed infestation to an acceptable level, and requires monitoring these activities to evaluate the effectiveness of the control strategy.

Prevention, early detection and eradication of weed species is the most economical and effective means of invasive plant management. It is important to ensure new weed species or vegetative reproductive plant parts are not introduced into a new area.

Invasive plants can be spread in the following ways:

Once invasive weeds are identified, it is important to take action to ensure that they do not spread to uninfested areas. This includes managing activities on grasslands and seeded pastures to maintain healthy plant communities, promoting low growing vegetation, avoid practices that disturb the soil and promote the dispersal of weeds, and reseed disturbed sites as quickly as possible.

Protect areas that are not infested. Educate yourself and others about weeds in your area. Prevent soil disturbance whenever possible. Re-seed disturbed soils to prevent weeds from establishing. Keep machinery and vehicles clean. Do not move weed infested soil or gravel.

Mechanical control usually refers to the mowing or mechanical cutting of an invasive plant infestation to limit seed production. With mowing, timing is essential. Invasive plants must be removed before the plants go to seed in order to be an effective method of control. Plants should be cut as close to the ground as possible and may have to be treated more than once in a growing season to achieve desired results.

Manual invasive plant control usually refers to hand-pulling or digging. Manual control works well for dealing with single plants or small infestations that can be eradicated with a small amount of labour. It is most effective if invasive plants are shallow rooted and the soil is loose or moist. One should be aware this type of control may not be effective for invasive plants that also reproduce by roots and rhizomes. In these instances, limited hand-pulling or digging may actually increase the size of the infestation.

Quit often, the removal of invasive plants results in exposed bare ground. In these cases, cultural control (i.e. re-vegetation) should be used as part of a long-term management strategy. Re-vegetation can assist in preventing the return of an invasive plant or the introduction of new invasive species in an area.

Some factors for consideration when re-vegetating sites include:

Various herbicides are approved for treatment of invasive plants within British Columbia and, used properly, can be the most effective option for certain persistent invasive plants. The type of herbicide and application method will vary, depending on the target weed species and environmental considerations.

Factors that can affect the effectiveness of herbicides include:

Selection of herbicide should depend on your target weed species, other crops or plants on site, environmental considerations, and meeting your management objectives.

Biological control involves using living organisms to reduce seed production and vigor of an invasive plant species. Many invasive plants came from Europe or Asia without their natural insects or diseases to keep them in check. The province of British Columbia has partnered with other agencies, provinces and Agriculture and Agri-Food Canada to introduce agents that are natural enemies of the invasive plant into North America. Before an insect is released, it must undergo extensive testing to ensure that it will not attack any other plants.

Biological control often works best on large infestations, or infestations that are near water. It is a long-term approach and often it takes many years for insects to establish and results to be seen. In some cases, a single biological control agent can adequately control an invasive plant species. However, in most cases, a variety of agents are needed to achieve control of the weed species population levels. Biological control will not eradicate the infestation directly. Rather, the agents are used to decrease the vigor and seed production of the plants in order to decrease their competitive ability. Therefore, it is important to use other weed management strategies to ensure that the infestations are contained. Some insects may already be present on site. Local weed specialists or Agrologists can assist in identifying insects present and assisting with obtaining insects for biological control.

Biocontrol has been used on Vancouver Island and surrounding coastal communities since the 1960’s. Over decades, biocontrol can be an effective means of controlling plant populations that have grown too large or dense to be eradicated. Only some invasive plants have biocontrol agents, and of those agents only a fraction are capable of establishing in the temperate West Coast climate. Invasive plants with successful biagents on Vancouver Island and surrounding coastal communities include: Canada thistle, tansy ragwort, the knapweeds, Dalmatian toadflax and purple loosestrife. Screening of additional biocontrol agents is underway. Biological control agents are not available for all invasive plant species. However, since biological control research is ongoing, this list is constantly changing. Check with local weed committee or the B.C. Ministry of Natural Resource Operations office for up-to-date information about insects and availability.

Another approach to biological controls is the inundative or bioherbicide method which usually involves native, naturally occurring pathogens applied in a manner that can cause death or significant damage to the target weed. Since indigenous pathogens are subject to natural controls, impacts much beyond the target plants are unlikely. Simply spraying cultures of the pathogen onto target weeds is not necessarily effective as conditions for infection are often very complex, involving the pathogen, the host and the environment. Additional treatments to the weed hosts to lower resistance to infection, e.g. through wounding or off-season treatment, may be necessary. Also, modification of the micro-environment by incorporating sunscreens or other adjuvants often will assist infection. The pathogens or bio-agents are usually fungi, the most common causes of plant disease, so bioherbicide formulations are sometimes called mycoherbicides. They may also be developed from bacteria, nematodes, insects or other organisms. Thorough study of candidate bioherbicides and target hosts to ensure sufficient efficacy and minimal non-target damage is essential before they can be registered for use under Health Canada’s Pest Control Products’ Act. Not many bioherbicides have been registered so far but some of them are based on generalist pathogens with multiple host ranges and may therefore be suitable for testing on invasive plants.