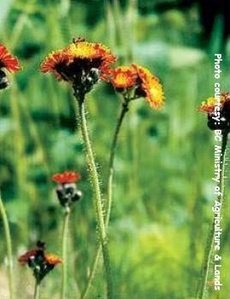 Orange hawkweed (Hieracium aurantiacum) is a beautiful orange flowering plant that often appears along roadsides, in gardens and lawns. Orange hawkweed is easy to identify with a single stem covered in black hairs and a rosette of leaves at the base of the plant. It is often introduced through wild seed mixes or by transplants from one garden to another and spreads readily by seedheads and creeping roots.

Yellow hawkweeds (Hieracium spp.) are similar, but with yellow flowers. There are numerous types of yellow hawkweed, including both native (e.g. mouse-ear hawkweed) and non-native species. These species can be very difficult to tell apart. For more information on hawkweed identification, see:
http://www.for.gov.bc.ca/hfp/publications/00230/Hawkweed%20key_PNW_R3-June06.pdf

Hawkweed is difficult but vital to control because a 1-metre square patch of orange hawkweed can produce over 40,000 seeds per year!

Plants can be removed by digging up the rosette plants. Care must be taken not to break the roots and to ensure that the entire plant is removed to prevent plant re-growth. If flowers are already present, plants should be carefully disposed of by placing them in a plastic bag or similar container so seeds cannot spread. Regular mowing before the flowers go to seed can reduce seed production.

Light infestations of orange hawkweed can be reduced by fertilizing with ammonium sulphate. Another method of plant removal is solarization (cover with black plastic) followed by heavy doses of urea. Some people have also tried a vinegar recipe that is sprayed on in the spring: 1 gallon vinegar, 1 tsp salt, and 1 tsp dish soap. Reseeding infested areas with native or non-invasive plants can help provide competition for hawkweed and encourage a healthy plant community. For herbicide information, see: http://www.weedsbc.ca/pdf/orange_hawkweed.pdf

Orange hawkweed has been found in a few isolated locations on Vancouver Island, as far north as Port Alice. Removal efforts must be vigilant if dense, monoculture stands are to be avoided on the south Coast of BC. Hawkweed sightings in the region are still very limited; report any sightings of these species to the CIPC. 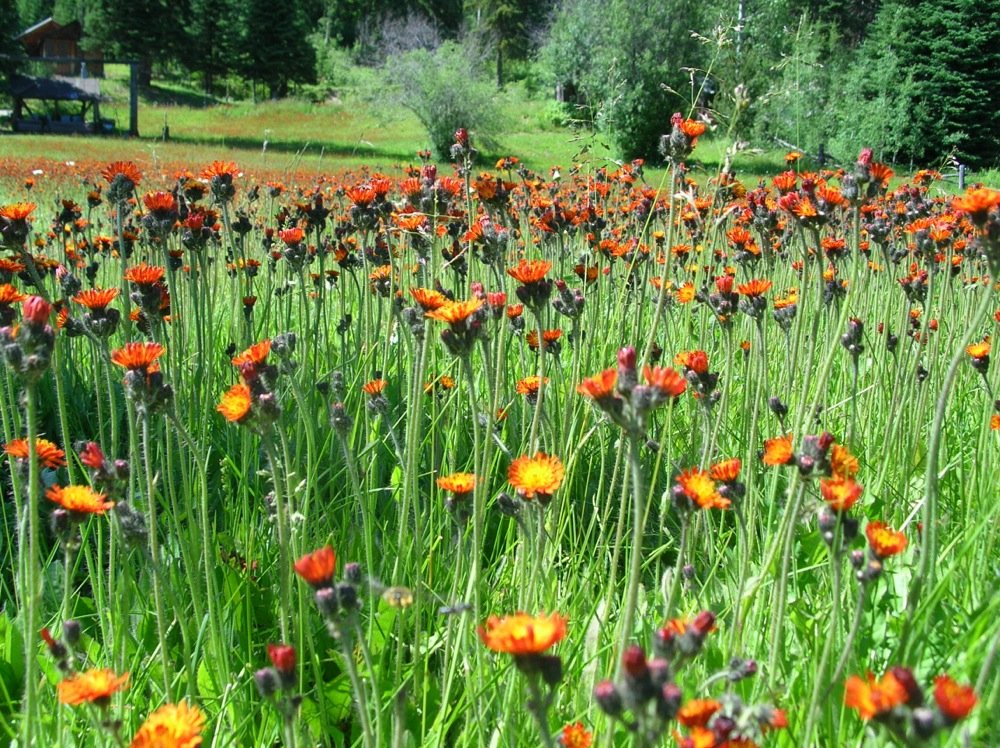 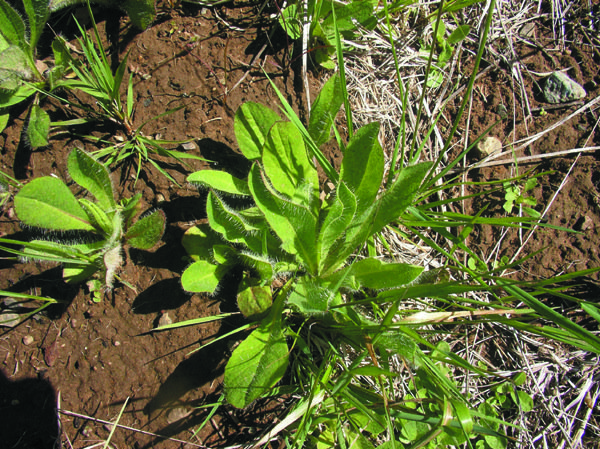