Coastal Invasive Species Committee conducted a survey this year to get the public’s perspective on invasive species and to identify any concerns in the community. We had a total of 60 responses, representing 7 regional districts. These are broken down as follows, with the regional district of Nanaimo having the largest representation. We were interested […] 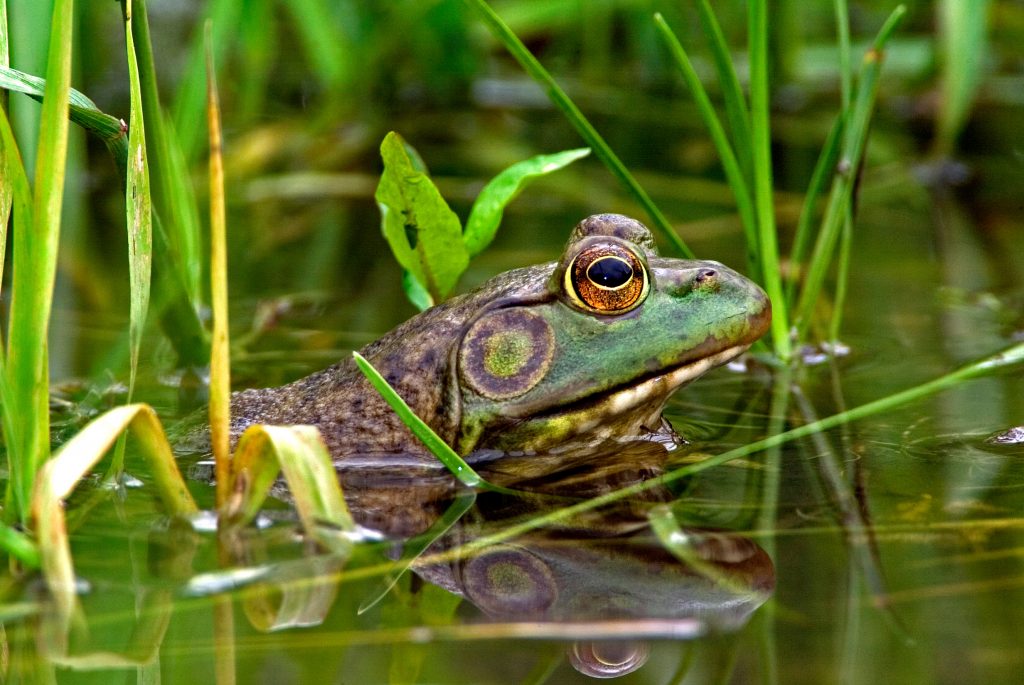 American Bullfrog. Notice the tympanum (exterior ear).  They were first introduced here as a farmed species for the delicacy of frog legs. Farmers soon realized that the cannibalistic nature of bullfrogs meant farming them was not economical. Bullfrogs were released into the lower mainland and have since spread to Vancouver Island. They are now invasive […]