Debris from tsunami and earthquake that struck Japan in March 2011 has begun to wash ashore along BC’s coast. Along with large pieces of debris washing up on the opposite side of the Pacific, there has also been a profusion of marine organisms clinging to some of the large items like docks. Many of which have already been pegged as potentially aggressive invasive species.

Visit the Ministry of Environment website where they have a number of resources, including contact information to report tsunami debris. 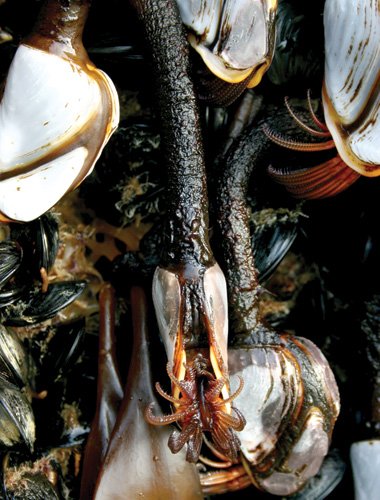 Oregon Department of Fish and Wildlife staff and volunteers remove marine organisms from a wayward dock, which landed at Agate Beach.